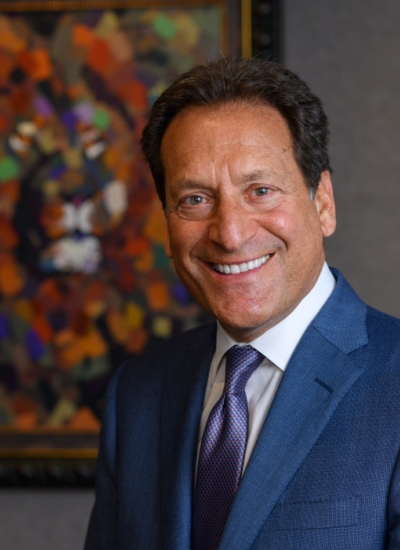 Leonidas (Lee) E. Plakas has been involved in hundreds of civil jury trials during his career in both State and Federal Courts. After a two week jury trial in Federal Court, the Judge wrote in a post-trial ruling awarding attorney fees and costs in December, 2011: “Lee Plakas is an impressive trial lawyer, he is prepared for his courtroom presentations.”

Mr. Plakas’ record of trial successes is unique in the broad spectrum of types of cases in which he has won multi-million-dollar verdicts. His successes include the highest defamation verdict in Ohio’s history – a $44 million verdict in the case of Gibson’s Bakery v. Oberlin College. A $14 million result against a hospital system for corrupt activities, and million dollar plus verdicts and judgments in business breach of contract, medical malpractice, employment sexual harassment, nursing home negligence, workplace safety cases and personal injury cases.

In addition to the record setting $44 million defamation verdict, he has won the highest verdicts in Stark County’s legal history in business litigation, employment harassment and nursing home negligence.

He has experience in protecting landowners in energy, oil/gas and other mineral extraction cases. Mr. Plakas has been involved in negotiating oil and gas leases and monitoring related operations since as early as 1982. He has also been involved in cases dealing with complex environmental and waste disposal.

Nature of Case: Jury verdict in favor of small family bakery falsely accused of racism after it detained and prosecuted Oberlin College students who shoplifted from store.

Nature of Case: Jury verdict in favor of hospital client against competing hospital health system that had entered into secret relationships and made secret payments to health insurance brokers to convert group health consumers to its health plans and health system.

Nature of Case: Successful defense of a claim against international Summit County based electrical transformer company client against a claim by business associates, alleging an ownership interest in the international operations of the company and its revenues amounting to tens of millions of dollars.

Nature of Case: Successful defense of allegations of business fraud in contract agreements and invoices, with claims of financial damages of $15 million.

Nature of Case: Case on behalf of former police chief of township for wrongful termination.

Nature of Case: Claim by client University of Akron professor against University for violation of freedom of speech and gender discrimination.

Nature of Case: Allegation of sexual harassment and sexually hostile workplace brought by a dental assistant against a large and well-known Summit County dental practice.

Nature of Case: Medical malpractice wrongful death case for failure of a number of physicians to diagnose appendicitis and ruptured appendix.

Nature of Case: Accounting malpractice against Summit County CPA firm for favoring one of two physicians in a physician/surgical practice.

Nature of Case: The Ohio High School Athletic Association and/or rival schools had argued that a talented football player had been improperly influenced by prominent boosters to transfer to a prominent Stark County high school with a national football tradition.

Nature of Case: Sports anti-trust judgment in favor of client/National Professional Soccer League against class action filed by players who had filed anti-trust labor action against the League and sought injunction against certain employment practices.

Nature of Case: Client nursing home resident slipped while walking without assistance, struck her head, and died within a week.

Nature of case: Client, 80 years old, residing in an assisted living facility, was erroneously given an anti-diabetic drug that was not prescribed for her, resulting in brain damage and death.

Nature of Case: Claim by neighbors against cement plant for improper blasting during mining operations that affected neighbors’ water and ability to enjoy their home.

Nature of Case: Claim by client homebuyers against real estate company for failure to evaluate competence of a home inspector prior to recommending to their clients.

Nature of Case: Claim for defamation by client/high school wrestling coach against school district which improperly accused him and suspended him on allegations of Booster Club financial impropriety.

Presentations Made To Attorneys and Judges: Statewide Professional Seminars

Presentations Made To Attorneys and Judges: Regional Professional Seminars